The gallery has recently exhibited at London Art Fair Projects 2012. Please find images of the Gallery stand below: 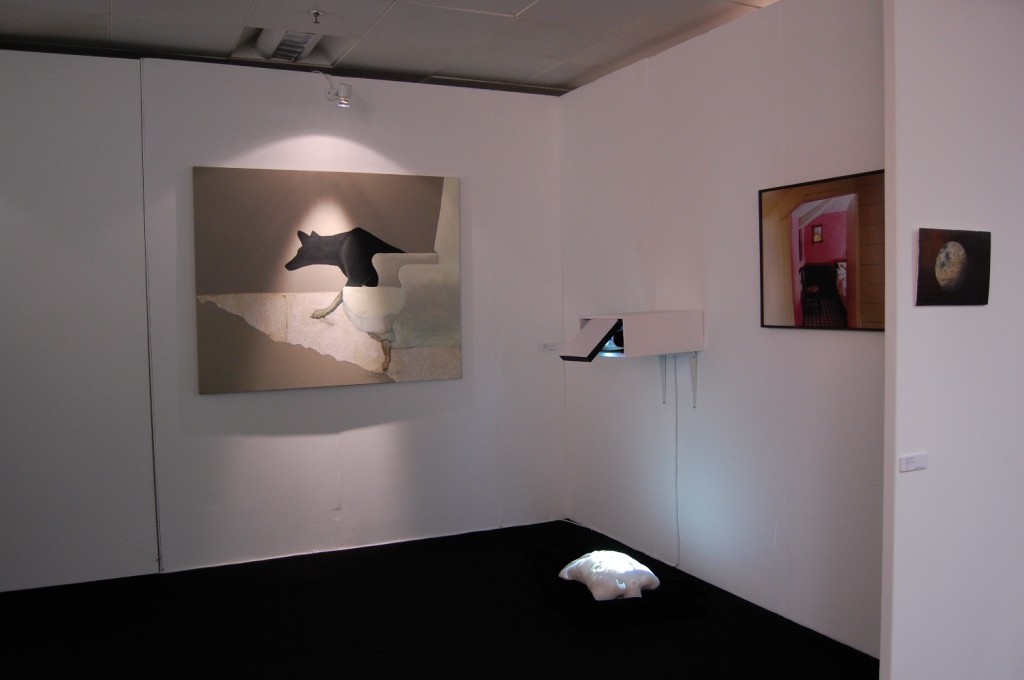 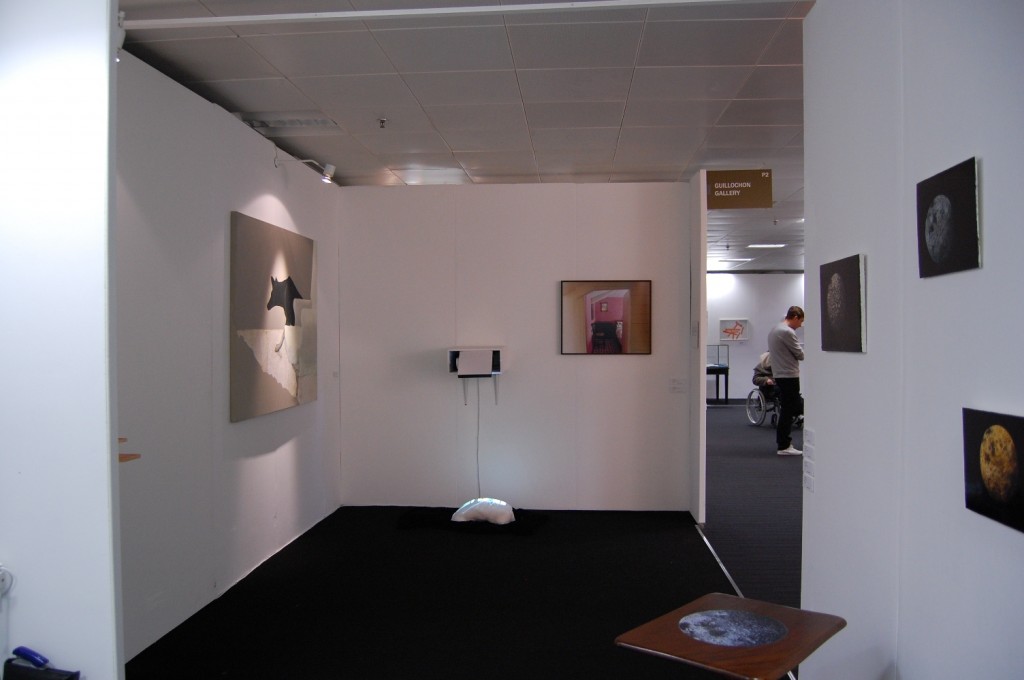 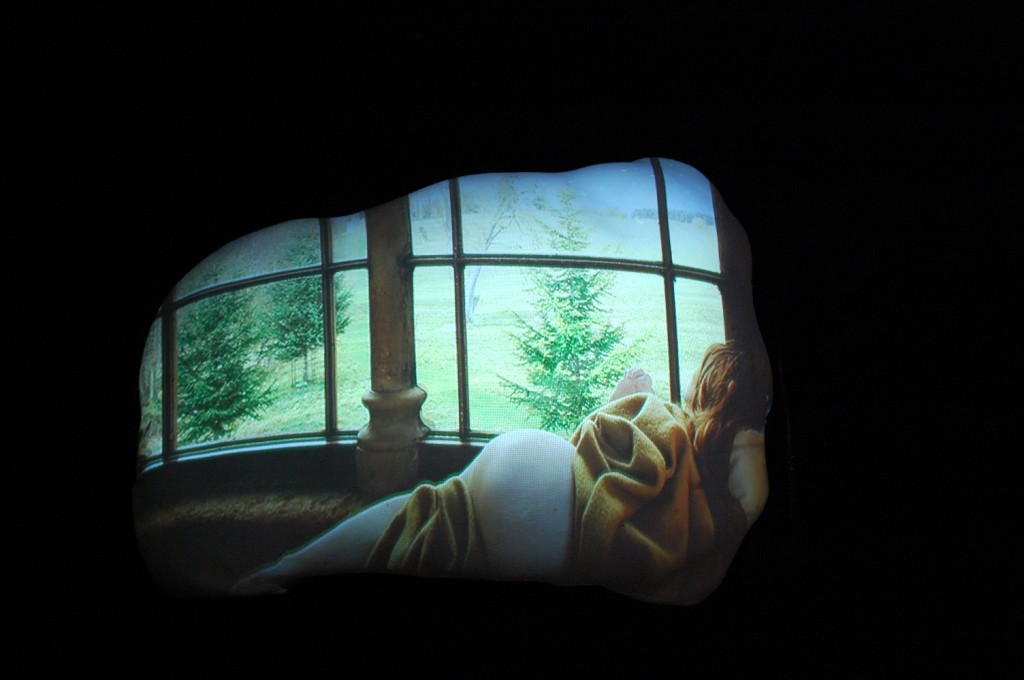 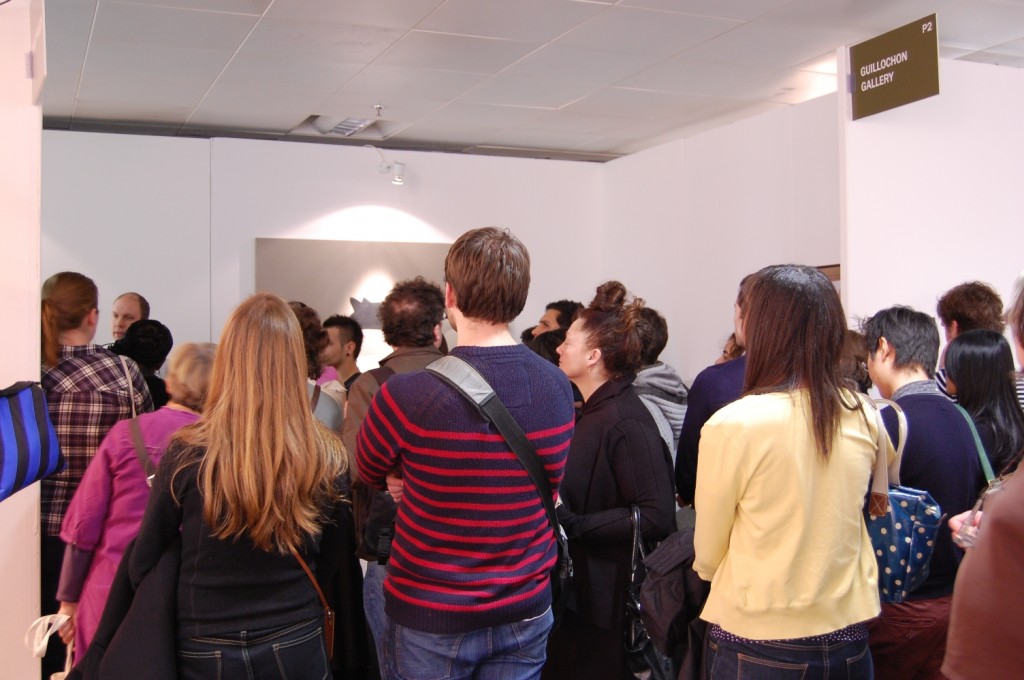 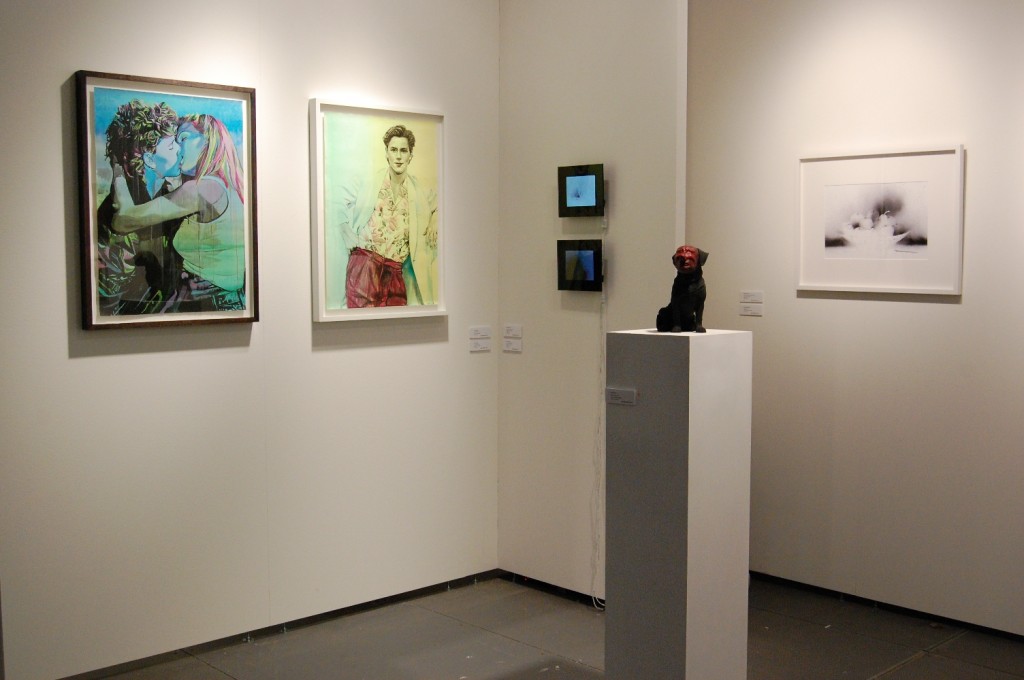 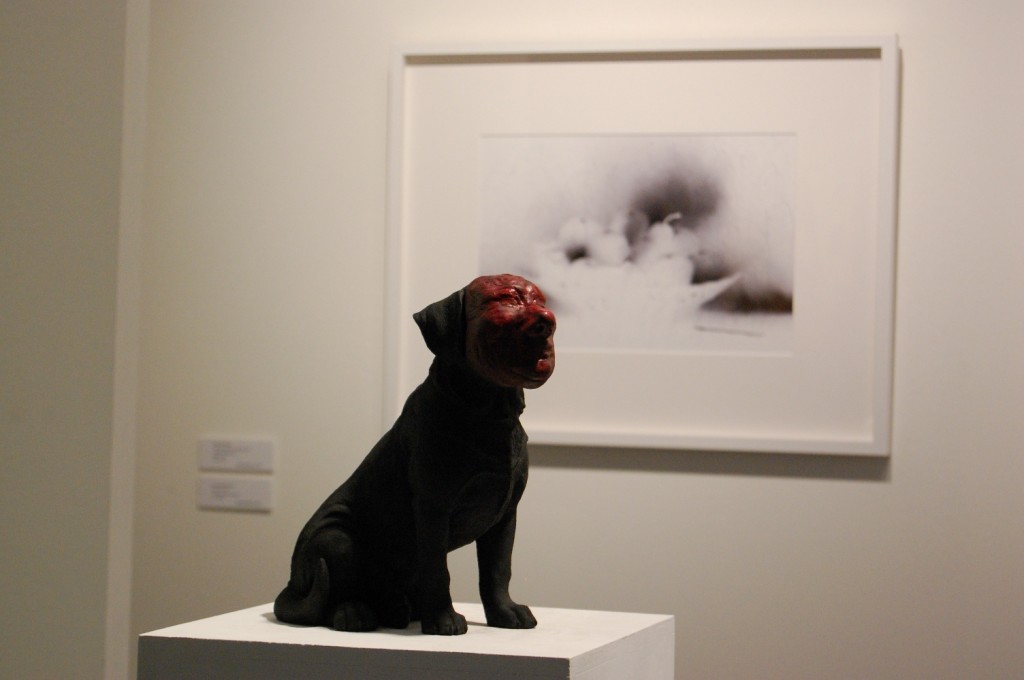 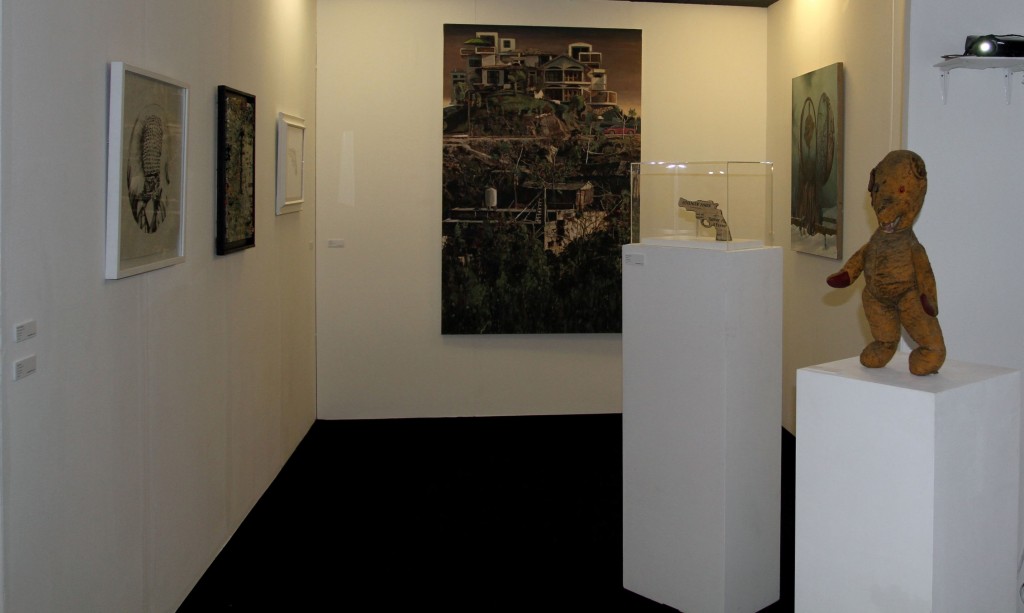 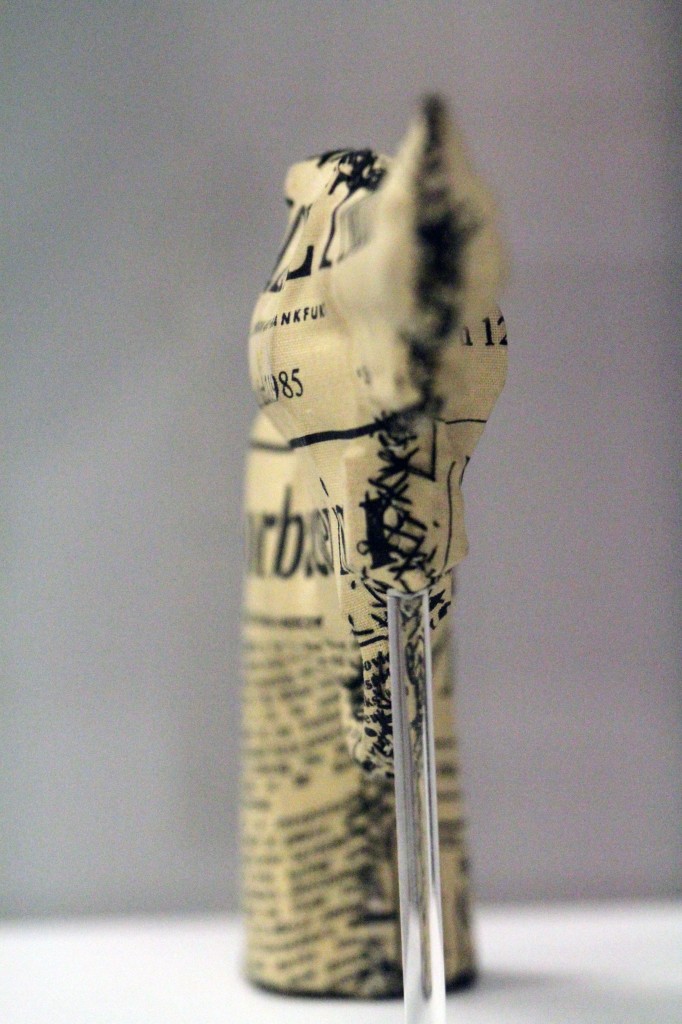 The last few years have seen the greatest global downturn in living memory, yet the elephant in the room is that no one in the Art world seems to have sought to create an exhibition of artworks that evokes these global, yet incredibly local events. To rectify this matter and put on a truly “contemporary” exhibition, The Recession Show brings together a group of artworks spanning the disciplines of Painting, Sculpture, Video, Photography and Printmaking that act as an amusing yet heartfelt and poignant antidote to the monetary crisis.

Lee Maezler’s painting “Silver building” reveals the melancholic beauty of collapsing structures, the sense of something once solid and unmoveable, suddenly prone to outside forces, it becomes a metaphor recalling the twilight world of the global economic crisis. Darren Coffield’s print entitled “Butt” depicts a life-size handgun created from the Financial Times newspaper. The viewer is left to contemplate whether the “Butt” the artist refers to is something which should be stubbed out, or indeed if they are themselves the “Butt” of a twisted joke.

Continuing in this vein and in response to the often-reported financial “Bear Market”, Sebastian Wrong will present his kinetic sculpture “Bearly Alive. With its vampire teeth and manic rocking action this bear conjures up a looming nightmare scenario. Undoubtedly, where there is financial turmoil, hardship soon follows. Poverty, pay restrictions and budget cuts unfortunately take their toll, as seen most recently on the streets of Athens. Alexis Milne’s video piece “Riot part one and two” plays with the notions of mass civil unrest and protest. The work portrays people attacking video projections of historical riots with projectiles to a rock and roll MTV generation soundtrack.

Guillochon Gallery is a Contemporary Art Gallery based in Putney, London. The Gallery Space is housed in a former local authority building  next to Putney Bridge. The gallery programme also includes Offsite Exhibitions and Art Fairs. For more information about the Gallery and Director, Chris Guillochon please go to about us